The Department of Animal Science is recognized nationally and internationally for its excellent research, teaching, and extension programs in animal agriculture and animal biology. Our faculty members have received national recognition for the quality of their classroom instruction and attention to student needs and concerns.

Avian Influenza Continues to Impact MN and U.S. Highly pathogenic avian influenza (HPAI) was confirmed in Minnesota on March 26, 2022. The Minnesota Farm & Rural Helpline is available 24/7 for anyone who needs it.
Phone: 833-600-2670
Text: FARMSTRESS to 898211
Email: farmstress@state.mn.us
Minnesotafarmstress.com

#UMNProud (again!) at the National Dairy Challenge® Contest and Academy

The University of Minnesota was well-represented at the 2022 National Dairy Challenge Contest and Academy held March 31 to April 2 in Green Bay, WI.

The UMN Academic Quadrathlon team won the U of MN competition and went on to represent the department at the Midwest American Society of Animal Science meeting in Omaha, NE. The team was coached by Dr. Tony Seykora and included undergraduate students, Matthias Annexstad, Leif Annexstad, Riley Puck, and Mathew Strobel.

END_OF_DOCUMENT_TOKEN_TO_BE_REPLACED

Zhaohui (Edward) Yang was awarded the 2022 Young Scholar Award through the American Society of Animal Science (ASAS) Midwest Section. This is one of the most prestigious awards in the industry. Edward is advised by Dr. Gerald Shurson and Dr. Pedro Urriola. 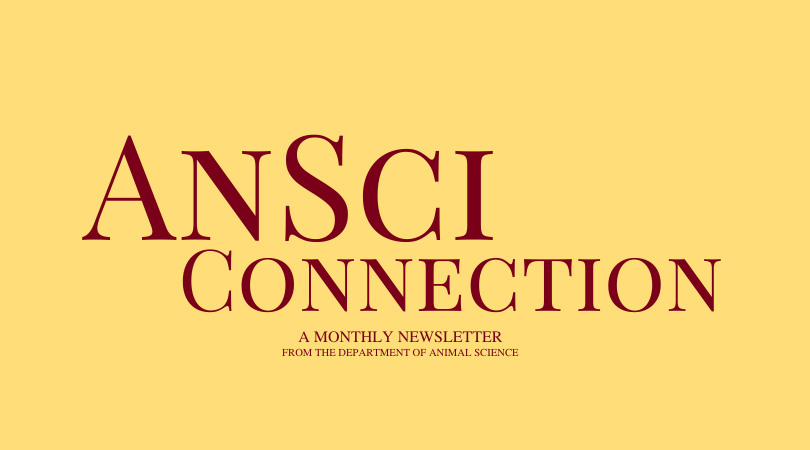